Our friends over at Cartoon Galaxy recently featured an article on the original creator of horsemanning, the Headless Horseman Disney cartoon character.

The Headless Horseman Disney cartoon character is the main antagonist from The Legend of Sleepy Hollow, the second half of The Adventures of Ichabod and Mr. Toad. Brom Bones tells Ichabod Crane the story of the Headless Horseman Disney cartoon, who lost his head long ago during the Revolutionary War. Every Halloween night he rides in Sleepy Hollow looking for a new head. The best way to escape him is to cross the bridge, as the Horseman’s dark powers are limited only to the woods. That very night Ichabod rides home alone and keeps imagining that he is being followed. When he finds that it’s only cattails bumping on a log, Ichabod and his horse hysterically laugh but suddenly stop as another laugh joins them. They both slowly turn around to find the Headless Horseman about to attack them. He gives chase, laughing all the while. When Ichabod momentarily is trapped on the Horseman’s own black steed, he looks down the Horseman’s neck to find nothing but evil hollow laughter. Ichabod runs for the bridge and barely manages to make it across. As Ichabod turns around, he screams as the the black horse rears up and the Headless Horseman Disney cartoon throws his head (a jack’o’lantern set on fire) right at him. The very next morning Ichabod’s hat was found next to a shattered pumpkin, but Ichabod had vanished. Rumors about Ichabod still alive and married to a wealthy widow in a distant county are all but dismissed, as the good townsfolk of Sleepy Hollow know that he must have been spirited away by the Headless Horseman himself.

The Headless Horseman Disney cartoon character is part of various Halloween festivities at Walt Disney World, leading the Boo to You Parade at Mickey’s Not So Scary Halloween Party and being the center of a Sleepy Hollow themed haunted hayride at Fort Wilderness. At Hong Kong Disneyland, the Headless Horseman is set to be the host of the 2011 Halloween festivities. He will lead the Halloween parade and star in a new haunted maze in Adventureland. Here, a member of an Adventurers Club has claimed to have found his head and is presenting it in a sideshow exhibit, provoking the Horseman’s wrath. The Horseman also has a spell card known as “The Headless Horseman’s Exploding Jack-O-Lantern” in the attraction Sorcerers of the Magic Kingdom.

Visit Cartoon Galaxy for more information about the Headless Horseman.

Leave a reply Click here to cancel the reply

How Long Does Food Last? Shelf Life and Food Storage

As the official site of horsemanning / horsemaning, we are dedicated to showcasing the most creative headless horseman photos that the community has to offer. Every day we will update this site with the best new horsemanning photos from around the world. Vote, like, comment on and enjoy. Don't forget to submit your horseman! 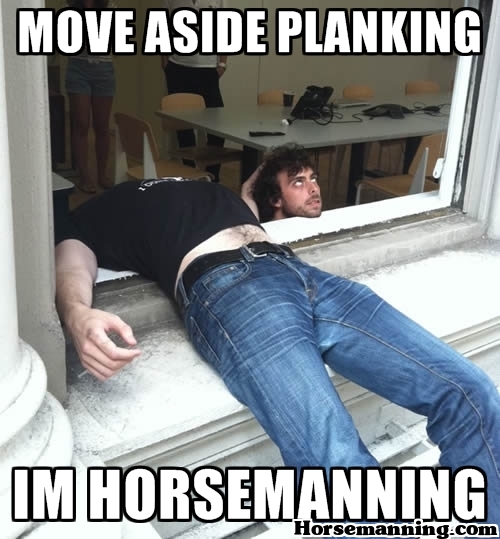 Save Money and Get Great Deals on Everything!